80-acres situated a mile southeast of West Lebanon in Warren County.  Rock Creek bisects the mostly wooded acreage. The creek runs over bedrock and forms tiny waterfalls in some places; while in others it has cut through sandstone leaving small sculpted cliffs. Eventually, the creek makes its way into the Wabash River.

Native woodland wildflowers are abundant and varied here, including the regionally uncommon Snow Trillium, an early bloomer and member of the Lily family. Evidence of the rich flora biodiversity, more than 100 different species of plants were noted on a visit to this property in April 2001. 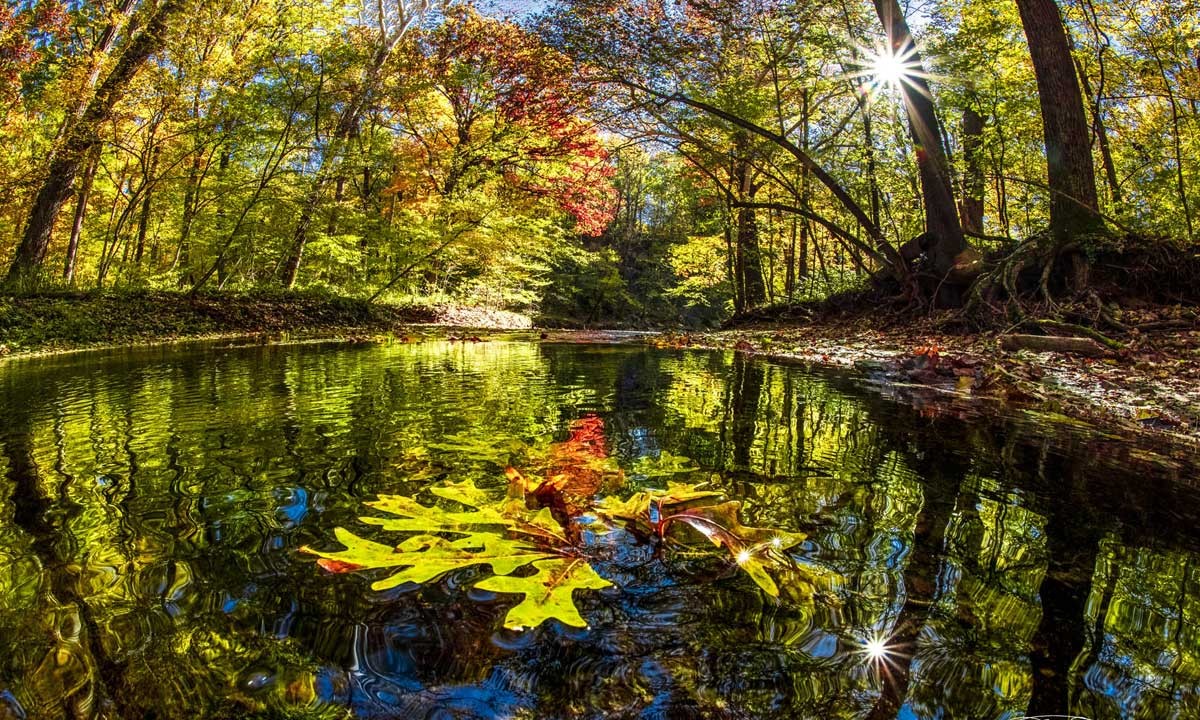 The woods are home to a diversity of wildlife, which is what attracted Gladys and Al Wright to the property. From her very first view of it–a snowy day in which a buck deer and his mate ran past–Gladys knew she wanted to buy the land. So in the early 1980s, she and Al purchased it with the intent of preserving the natural habitat.

In December 2001, the Wrights donated this property to NICHES to ensure that it would be maintained in its natural state as a refuge for wildlife. One of the provisions of their donation is that NICHES keep the Wrights’ hunting prohibition on this land.

In October 2021, thanks to a generous donation by the Litzenbergers, this property expanded by 40 acres. The Sam and Nancy Litzenberger Annex to the Gladys & Al Wright Nature Reserve borders a section of the eastern side of the property. The ravines on this 40-acre addition, feature sandstone and siltstone bedrock exposures, which are home to partridge berry and rattlesnake plantain. The property also has mayapples, waterleaf, nodding trillium, geranium, shooting star, dolls eyes, and shooting stars.

Williamsport: Go west on SR 28 towards West Lebanon. Turn left (south) on Tower Road (dirt) which is immediately before a radio tower substation and about 2.5 to 3 miles west of the flashing light in Williamsport. After 0.4 mi turn left onto 175W. Stay on 175W for a little over a mile to where it T’s with 400 S. Turn right (west) and go 0.8 mi to the parking area on your right.

Alternative Directions from West Lebanon:drive south on 263 to CR 400S. Turn left (east) and go approximately one mile on 400S. The parking area is to your left just after you pass Carlile Road on the right. If you cross Rock Creek you’ve gone too far.