Crow’s Grove is a property to see.  The old growth pines represent remnant trees of long ago.  The ravine includes stunning rock formations viewed from the trail installed as an Eagle Scout project by Boy Scout John Kelsey and a crew of volunteers. 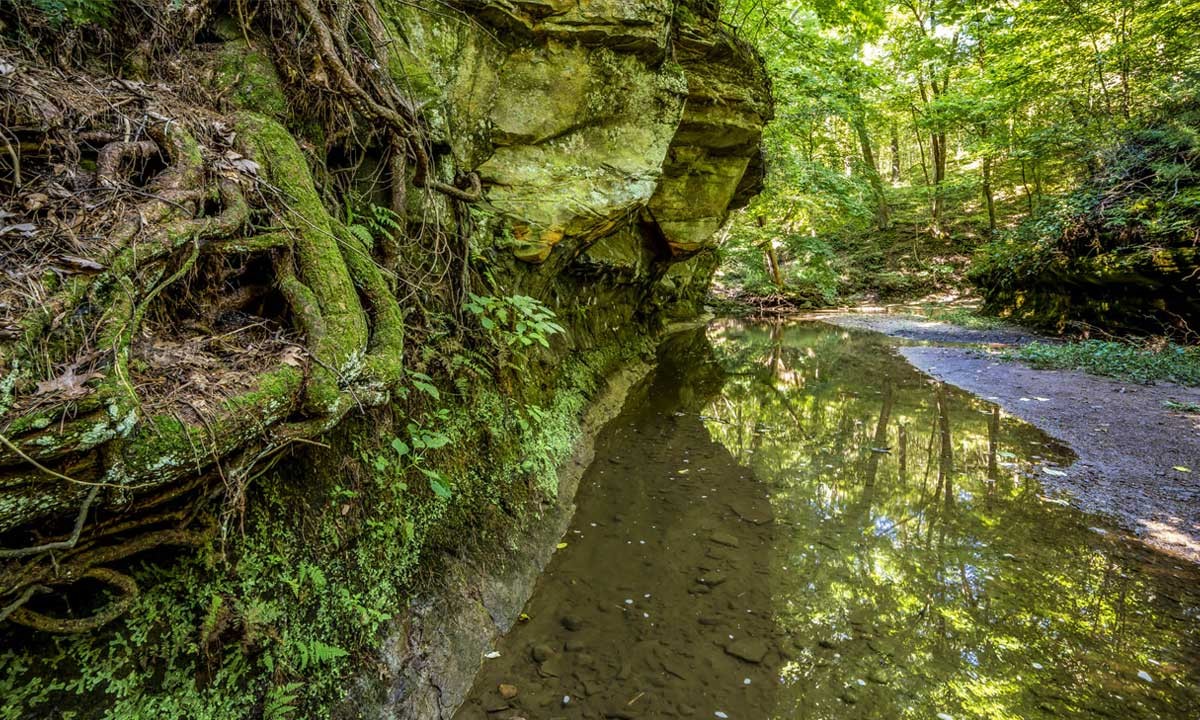 Crow’s Grove feature two fens. One high quality basin fen covers about a third of an acre of rolling slope in the far southeast corner of the property, adjacent to the stream. If you visit the fen in late winter you will find skunk cabbage emerging. Throughout the year you can also find marsh marigold, great Angelica, Iris, Impatiens, Cardamine bulbosa, Corylus americana, Lilium michiganense, Eupatorium maculatum, Lathyrus palustris and many others including lots of tall sedges.

The second wetland is a high quality hanging fen toward the west of the property situated on a high bank along the stream; spots look like they feature calcareous tufa along the rolling streamside.

Crow’s Grove also affords interesting geology of exposed sandstone along the stream.  The creek bottom is nearly completely flat and forms a wide shallow flow. The stream flows past exposed bedrock through most of the property and toward the eastern boundary the flow has carved a canyon with sides up to 25-30 feet. Several large rock houses are cut out from the rock wall in the creek bed, which in the canyon is mostly covered in glacial cobble. Lush fern, shrub and moss growth along the rock outcrops creates living walls; while higher up on the bluff woody vegetation dominates: Hydrangea, gooseberry, chokecherry, Lonicera reticulata, partridgeberry, serviceberry, and young American beech. The woody plants on the edge of the bluffs are sometimes joined by Christmas fern or common polypody. Along the middle of the rock walls the fern Dryopteris marginalis and occasionally Adiantum pedatum grow. The mid to lower portions of the rock, if they have not been cut away by the flow, host mosses and most often the bulblet fern, Cystopteris bulbifera.

Read more about the full history.