Pin oak flatwoods hold water in the spring then dry later in the season or in summer. Because of the unique features of the ecosystem, many rare plants and amphibians reliant on access to wet / dry cycles call flatwoods home, including cinnamon fern, tussock sedge, tiger salamanders and grey tree frogs. The goal is to bring the flatwoods on the property to have less than 40% tree cover, allowing abundant sunshine to reach the ground level, and allowing the rich herbaceous and shrub layer to thrive.

Black oak savannas are healthiest with a canopy below 50% cover. The resulting understory receives abundant light for wildflowers, shrub layer and young oak trees to grow. 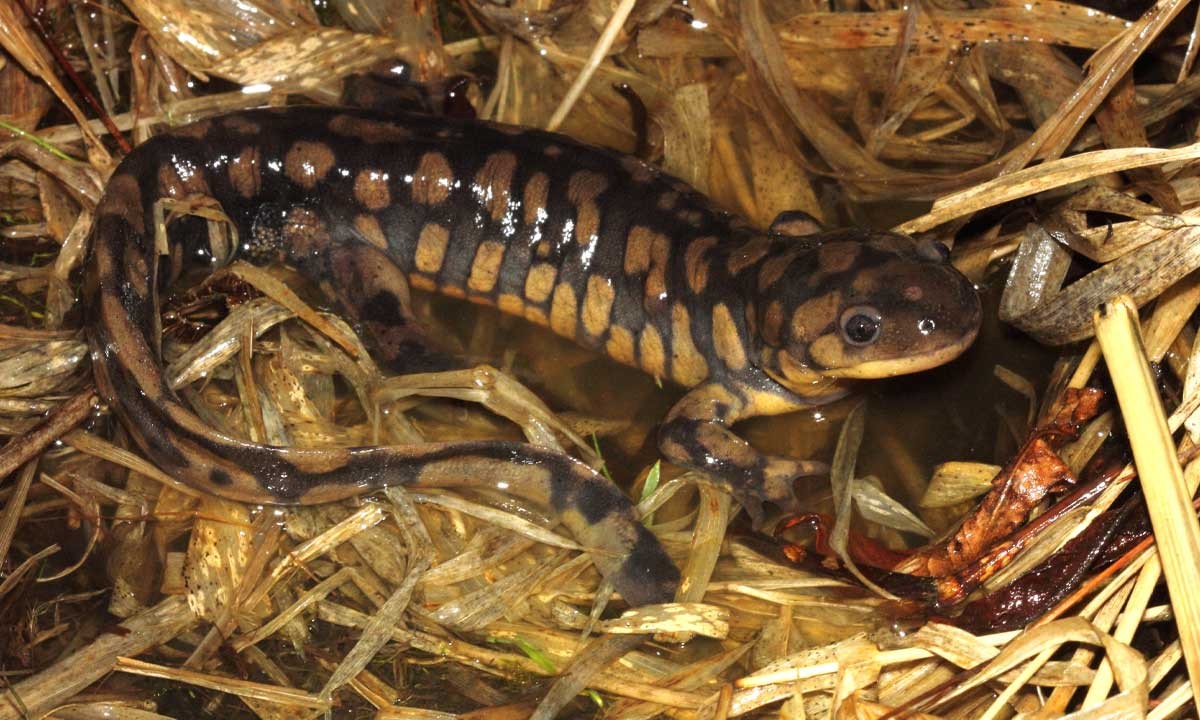 In 2016 NICHES donated an easement that guarantees protection of the land forever to the state of Indiana in honor of the Bicentennial of the state.

Interspersed around the property, are remnants of the past use of the land as a tree nursery; including paper birch trees and various conifers among others.

Fire scars and char at the base of trees will be seen, as NICHES utilizes fire to manage the savanna system to keep fire sensitive species under control, and encourage species that need the open canopy to thrive.

Gish Wildlife Area is a half mile north of NICHES’ Fisher Oak Savanna. NICHES goal is to build larger preserves to insure that there is a large enough protected area to perpetuate small native vertebrate species into the future.

To reach Gish Wildlife Area, (if coming on I-65, get off at Exit 193) go north on US 231 to Wolcott in White County. About a half mile north of the railroad crossing in Wolcott, Highways 231 and 24 turn to the west. DO NOT turn west (left) on Highways 231 and 24, instead go straight ahead on 900 W (White County) which will become 20 E (Jasper County) for 6.5 miles until you come to a “T” in the road. Turn left and park 0.3 miles down the road right after the trees and along the grassland on the north side.  There is no parking lot.